The other day, a few of us being out for a stroll, a many strange things occurred, of which I will try briefly to relate. All seemed quiet on our way to Heanor until we reached the model teetotal village called Loscoe, when we hired the ‘Coach and Horses,’ and drove through the ‘Gate,’ when all of a sudden we discovered an ‘Eclipse,’ for which we were each presented with a ‘Golden Ball,’ and afterwards invited to take a social glass with the amiable ‘Sir John Warren.’ After our regalement we proceeded to walk through Heanor, visiting the ‘Ray’s Arms,’ and ‘New Inn,’ when our attention was drawn to the shouting of some ‘Jolly Colliers,’ which caused us to look out. We then saw the ‘Red Lion’ make a desperate attack upon the ‘King of Prussia,’ who was on horseback, and, but for the ‘Crown’ would have been smashed to pieces. We had not travelled far before we saw a ‘White Lion’ chasing an ‘Arab’ all around Langley, upsetting the ‘Colliers’ Rest,’ causing intense commotion, and was with difficulty subdued by the crushing strength of the ‘Butchers’ Arms.’ ‘Sir Charles Napier’ now attempted to slay the ‘Durham Ox,’ but was fortunately arrested and put under lock and a pair of ‘Cross Keys.’ ‘Mundy’ and the ‘Queen’ next perambulated the parish in a miniature carriage, drawn by a ‘White Hart,’ followed by the ‘Horse and Jockey,’ and visited the ‘Midland,’ and the ‘Railway.’ This so excited ‘Lord Derby’ that he let go the ‘Nag’s Head,’ and fell headlong into the ‘Erewash.’ We were next invited to a grand banquet, given by the brave and gallant Admiral ‘Lord Nelson,’ who furnished us with an unlimited supply of sparkling bitter beer, brewed especially for the ‘Prince of Wales.’ We were now quite a jolly party, and joined ‘Hands and Hearts’ in many a flowing bumper from ‘Nottingham House,’ and pledged ourselves that our next stroll shall be to the

FLOWERS, FERNS, GRASS, and MOSSES of all descriptions;

This wonderful advertisement from 1888 lists just about every pub in Heanor, Langley Mill, Loscoe and Marlpool. There’s even a couple (The ‘Hands and Hearts’ and the ‘Prince of Wales’) which have not yet been identified.

The photographs below are just a few of those pubs - but where was the ‘Crystal Palace’, the object of the advert? 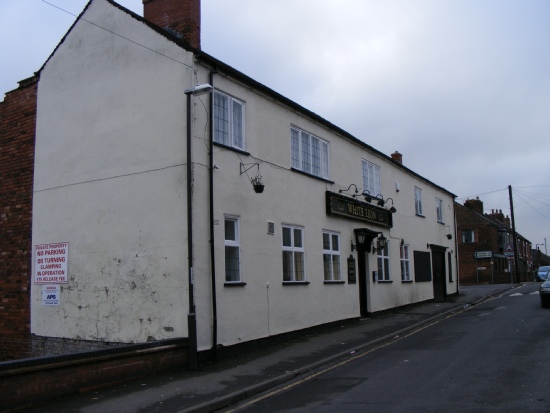 The ‘Crystal Palace’ was the name given to the large greenhouses at the back of the White Lion, on Breech Road at Marlpool. These were used for numerous events at the end of the nineteenth century.

The photo gallery below shows pictures of various other pubs of the area which are no longer with us. 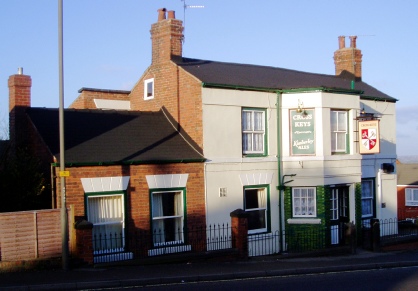 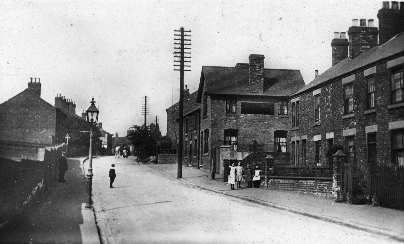 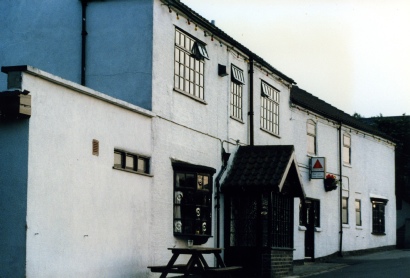 Photographed here in the 1950s. 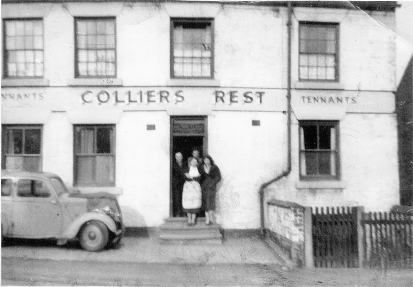 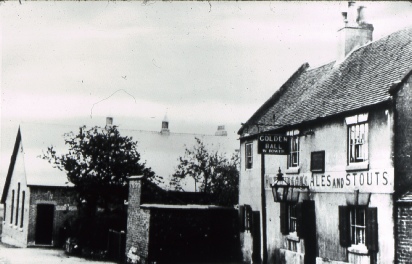