The five photographs on this page have been sent to us by John Bradley, a local photo-historian. They were taken around 1890 by Alfred Seaman, the well-known local photographer who opened his first studio in Chesterfield in the 1880s, and whose imprint can be seen on many old photographs of the area. Subsequent studios were established at Ilkeston (see below) and Alfreton.

Seaman was a founder member of the Photographic Convention of the United Kingdom, whose inaugural event was held at Derby in 1886.

During the 1880s Seaman took up stereoscopic photography and produced a large portfolio of work for sale to retailers and wholesalers. The circumstances leading to the taking of these Shipley Hall photographs are not known, but they are a fine example of early experimental photography as well as documenting a period in the life of our area.

On this page, the photographs are shown in their original stereoscopic format (so you get two pictures of each photo). 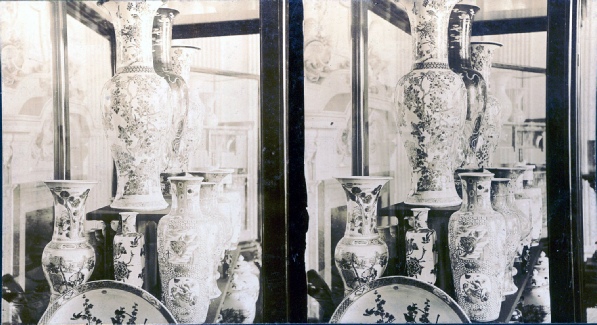 The first two photographs are internal shots showing a collection of vases in cabinets in the Hall - if anyone can give any assistance in identifying the vases, it would be appreciated. 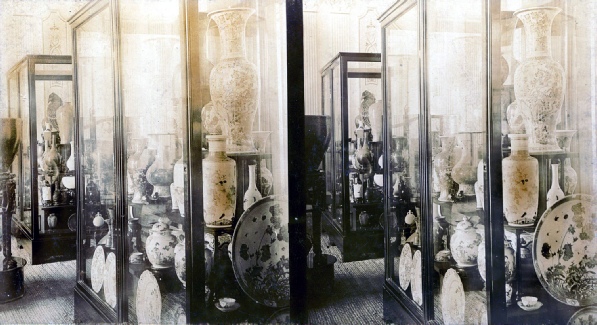 The remaining three photographs were taken outside the hall.

This first is taken in the greenhouses on the estate. 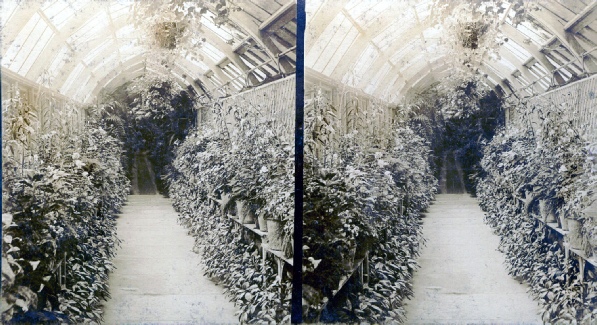 The next shows “The Fernery” 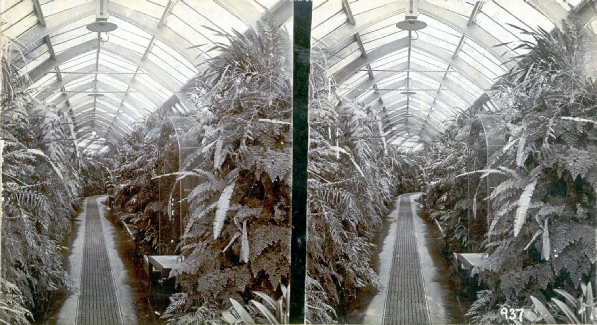 And finally a shot of gardeners working in the grounds of the hall. 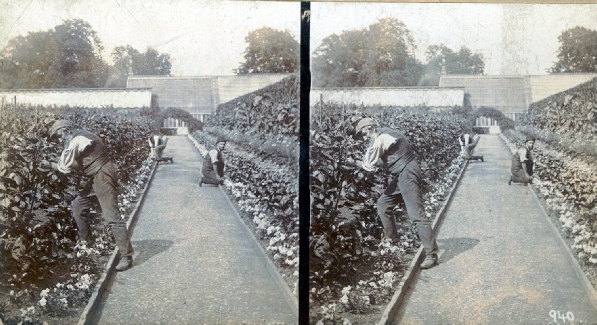 The stereoscopic images have been provided, and copyright is held, by John Bradley of Ashover.
Other Alfred Seaman stereos can be seen at: www.freewebs.com/jb3d/

Another site with lots of detail about Alfred Seaman and his photography can be found by visiting  http://freepages.genealogy.rootsweb.ancestry.com/~brett/photos/aseaman.html 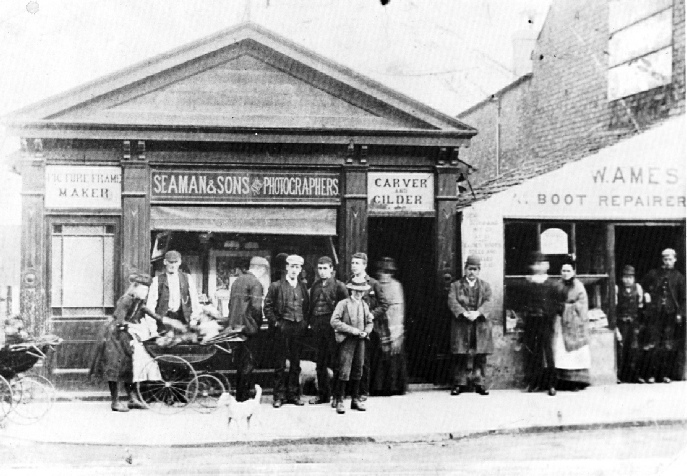