Heanor has existed for a millennium or more, but has changed much in its layout over the years - the focus on the town-centre is only a century old. In the nineteenth century, Heanor consisted of a number of groups of habitations, many of which had their own name. Almost all of these names are now totally forgotten by the local people, and in another generation, will be gone forever.

Peacock Town, King's Town, Bogard Town, New America, Fishponds, Housley Town, are a few of them. As well as parts of the district having their own name, many streets have had other names, which sometimes were better known than their correct titles.

This page touches on just a few of these.....

Kings Town was a row of cottages at Heanor Gate, standing in the fields at the back of Heanor Laundry. It included the home of John King, who was the inventor of the Kings Patent Detaching Hook, a safety device for use on the winding gear in the mining industry. It was first used at Pinxton Colliery, and is now in use all over the world, having no doubt saved thousands of lives.

The 1900 Ordnance Survey map shows the Great Northern station at Heanor Gate, the laundry, and, behind it, a block of cottages - King’s Town. 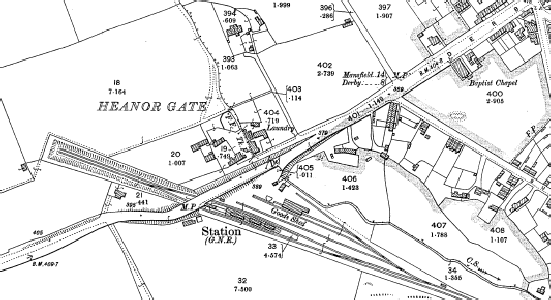 Fishponds is the name given to the area off Loscoe Road between Watkinson Street and Park Street, stretching back as far as Douglas Avenue. As far back as the late 18th century there were three or four (man made?) fish ponds on this land, and, as can be seen from the 1900 OS map, some of it remained still at that time. 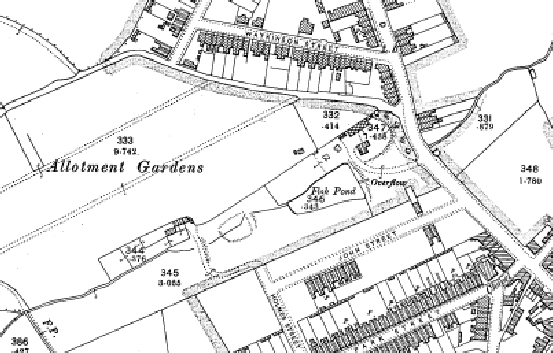 The Puzzle or Packman's Puzzle was the name given to the collection of streets off North Street, Langley Mill, which includes West Street, Orchard Street, Regent Street and Hampden Street. This is one of the oldest residential parts of Langley Mill, these small terraced houses being developed from the 1860s onwards. Prior to being given street names, each row of houses had its own name, such as Williamson's Row, Taylor's Row and Erewash Row.

How the area became known as Packman's Puzzle is open to discussion - one theory is that the numbering of the properties in this mass of terraced houses was so confusing for door-to-door salesmen (packmen). A related explanation (which was passed to us by a former resident) is that when the packman appeared in the area, each house would signal next door by banging on the wall, and the packman was puzzled as everyone knew he was there before he even reached their house. Since the term packman could be used for anyone going door-to-door, including debt-collectors, another possibility was that the packman was confused as to why nobody was ever in when he visited (using the same signalling system as mentioned!)

In the 1880s, the Criterion Hotel, a temperance establishment, was opened on West Street, but does not appear to lasted twenty years. It had been planned to extend the residential area across the other side of North Street, and reference has been found to a proposed East Street, but this never materialised, and that side of the road became totally industrialised. 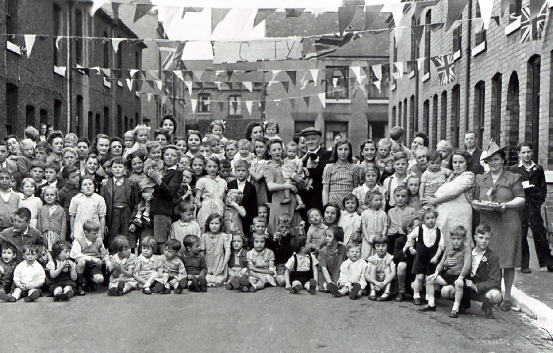 Glew Lane (often shown, as in the OS Map of 1900, as Glue Lane) was originally the main road from Codnor Castle to Derby, via Smalley. It was used until the sixteenth century for the carriage of coal from the pits of Sir John Zouche of Codnor Castle, to the town's markets. The lane passed over Kidsley (or Kiddersley) Park and joined what is now the main Derby Road in Smalley. Kidsley Park was owned by Sir Henry Sacheveral of Morley Hall, and, in 1550, a bitter dispute took place between the two men. Zouche refused to continue paying a levy of coal to Sacheveral for use of the road, and in retaliation Sacheveral closed Kidsley Park to all traffic. The dispute rumbled on for decades, finally coming to a head in a court case in 1580, when Sacheveral won the right to seal Kidsley Park.

In the intervening years, a new route had built up, albeit further and more of a trek, having to go from Eagreaves at Loscoe, up into Heanor, then via Heanor Wood (Tag Hill) to Smalley. This too was closed for a few years, in 1577, but the court case of 1580 ordered that this route should be "allowed for men to pass with all manner of carriages." The route from Tag Hill had been a narrow bridleway, but, because of the events of the sixteenth century, this is now the main road into Derby from the area. If it weren't for this dispute, the road layout in the area would have been totally different today!

Glew Lane itself can still be followed for the first part of the route from Smalley, as a bridleway.

Glew, rather than Glue, is thought to be the correct spelling in view of their having been an earlier land dispute between Sir George Zouche and John Glew, the churchwarden of Codnor. 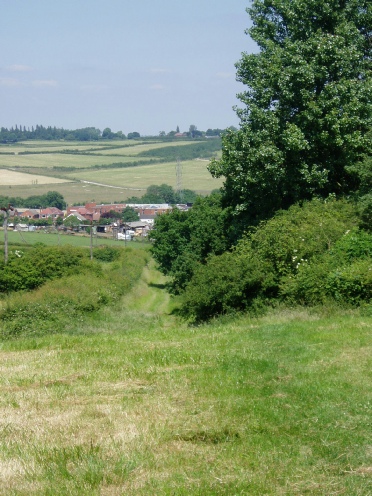 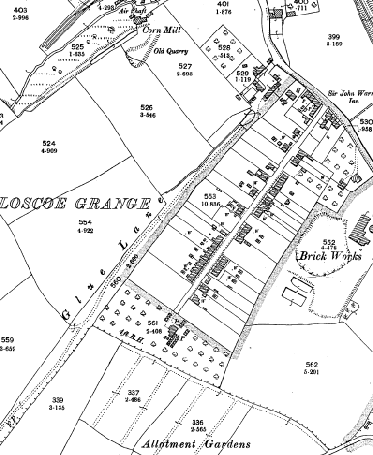 This page could be, and may in the future be, greatly extended!