Mining of coal, and, to a lesser extent, ironstone, has been taking place around Heanor since time immemorial. It probably began when farmers digging ditches and wells discovered that the black material they found in some places would burn. They also found that it lay in the form of a stratified bed which dipped into the ground and spread over wide areas.

Timber had been the major fuel, but over time it became in short supply, and the digging of coal intensified - coal became valuable. When the very shallow coal began to run out, they started to sink bell pits where they dug out as much coal as they could before the pit sides collapsed. As they followed the coal to greater depths, what had begun as simple digging soon became an engineering operation. Shafts became deeper and needed lining, and horse gins, and other similar structures were erected. These were followed by the headgears, engine houses, screens, sidings, etc., which we have known. These developments needed increasing amounts of ironworks, which, in turn, led to the mining of iron ore and the expansion of the iron and steel industries.

In the early days, it was cheap to begin mining, but as the industry developed the costs increased rapidly and could only be afforded by people and organisations who could raise the necessary capital. On account of this, mining operations around Heanor had become dominated by the Butterley Company and the Shipley Collieries by the middle of the 19th century. 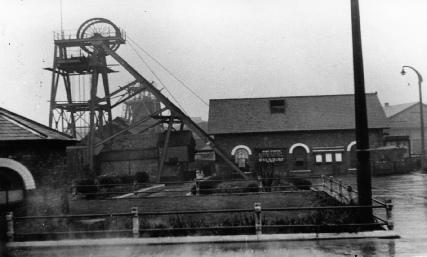 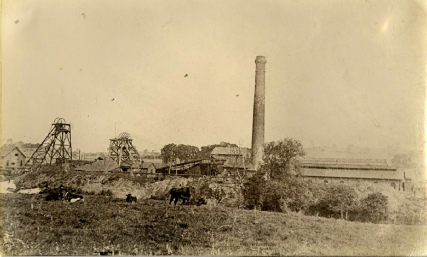 The industry was dirty and dangerous by its very nature, and was generally poorly paid. Accidents were frequent and often fatal. At the same time, those who owned the coal, who were usually wealthy, received large incomes from royalties for doing nothing, and this caused intense resentment among the miners. Following the 1914-1918 war, and throughout the 1920s and 30s, the industry was very depressed. Strikes were held in 1921 and 1926, and demands for the whole industry to be nationalised intensified. This led to the Coal Act of 1938 which brought the remaining reserves of coal into public ownership in 1942.

Following the outbreak of war in 1939, many miners were called up into the armed forces, and it soon became apparent that the industry could not produce the coal needed for the war effort, and the government introduced opencast mining about 1942. This was really a quarrying operation, where civil engineers excavated in appropriate places to expose the coal and load it into lorries.

After the war, the new Labour Government passed the Coal Industry (Nationalisation) Act 1946, establishing the National Coal Board, which took control of underground mining in 1947 and opencast mining shortly afterwards. In spite of intensive mechanisation and the sinking of several new collieries, the industry continued to decline in the face of increasing competition from oil, gas and nuclear power.

The Heanor area, being a very old coalfield, was particularly vulnerable, and the area’s last colliery, Ormonde, finished production in 1970.

The coal industry was privatised again in 1994, and opencast mining still continues around Heanor.

As mining was such an important part of our history, we would like to develop this section further, with a number of separate pages devoted to the subject. But, as always, it is dependent on people letting us have the information and allowing us to use photographs in their possession.

At the moment, there are two mining pages, one on Ormonde Colliery, and one on Mine accidents. There are also three photos of the Shipley Collieries on the Heanor from Above page.