Loscoe certainly existed in the 1500s, when a furnace, owned by the lords of Codnor Castle, was in existence – the present Furnace Lane led to it, as well as to the ancient Loscoe Dam, which was probably built in the first place as a fishpond to the Castle, but later serviced the neighbouring furnaces.

That said, the 19th and 20th centuries saw Loscoe as a small mining village dominated by pit chimneys and spoil heaps. The three mines which provided employment for so many local men – Old Loscoe, Bailey Brook and Ormonde – have now disappeared, Ormonde being the last to close in 1970. The village grew considerably during the second half of the 20th century, with the building of the council estate and other housing. The pit chimneys have now gone and so have the spoil heaps.

Water was pumped from Loscoe Dam and used by the pit to make electricity, but though it served an industrial purpose, it was still used for leisure activities (and baptisms!). Today it remains a haven for anglers, and a popular walking area.

By the side of the dam stands Dam House, the cottage mentioned in Mary Howitt’s book, "My Uncle the Clockmaker." A date stone on the cottage bears the date 1785.

High up on the Dam Fields was a mound surrounded by bushes, the site of Michael Shaw’s windmill. Above the dam lay two farms, Hogbarn and Bellhouse, both now demolished to make way for the opencast workings, which finished in the 1990s.

Some of the oldest houses in the village, which were once thatched dwellings, can be seen along the High Street. Photos exist with the Eclipse public house having a thatched roof.

At the top of Furnace Lane stood the Golden Ball public house, on the site of which is now the Memorial Garden to those killed in the 1939-45 war. The Golden Ball was one of five public houses which served this once small village.

The largest building to disappear in Loscoe was Egreaves House, the home of the ‘Squire’ James J.A. Woolley.

Until 1844, Loscoe was within the parish of Heanor, but in that year Loscoe, along with Codnor, became a separate parish when St. James’s Church, situated at Cross Hill, between the two villages, was built. In 1927 Loscoe became a separate parish. Services were first held in the Mission Church, built on land given by the Butterley Company, the owners of Ormonde Colliery. (This building is said to have first been built by the first prisoners of war at Denby, and was taken down and rebuilt at Loscoe.) In 1938, a new church, dedicated to St. Luke, was erected, the builders being Sisson & Sons of Langley Mill.

Although Loscoe did not have it’s own Anglican church until 1927, the Baptists had a chapel in the village, with part of the chapel building dating from 1722 – a date stone gives the initials F.T., believed to be those of Francis Tantum, whose family was connected with William and Mary Howitt, the authors. A Tantum Charity was administered in the village until the 1920s.

The village school was built in 1895 in Denby Lane and catered for boys and girls of Infant School age. At the age of seven, boys moved to Cross Hill School, while girls stayed on at Loscoe.

In 1937 the school was reorganised and all the children stayed at Loscoe until the age of 11, then transferring either to Whitegates School at Codnor, or to the Heanor Secondary School.

The Denby Lane school closed in 2003, with the building of a new primary school.

Before the advent of the coal mining industry in Loscoe, the inhabitants of the village were framework knitters and farm labourers. Although the two farms already mentioned have disappeared, there still remain several farms in the area. Yet another farm to disappear was Grange Farm which made way for Ryde’s Pork Factory. Although we do not know the precise location, we understand that ‘Loscoe Grange,’ which is now a street of houses, was the site of the medieval ‘Grange of Loscoe.’ 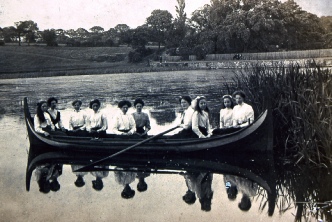 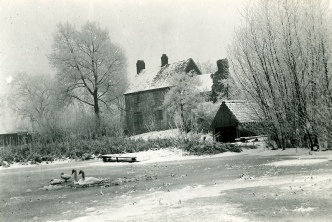 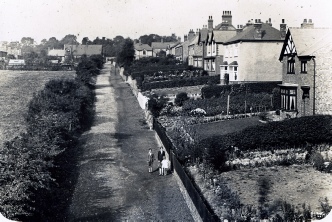 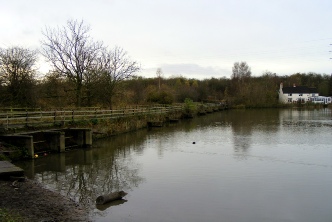 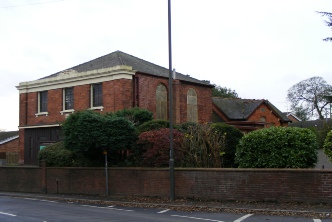 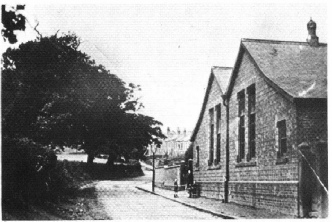 Photographs of Furnace Lane  and Dam Cottage in the snow courtesy of John Bircumshaw.

Photograph of St Luke’s under construction provided by Neville Sharpe