At the conclusion of the Second World War, in Heanor as in other towns and villages across the country, people’s thoughts turned towards providing a fitting memorial for those men killed in the hostilities. Following the previous war, the town raised a memorial which still stands proudly in front of St. Lawrence’s church. But this time, the ambition was to create something different, something that would not only help us to remember those who had died, but which would also give something to the wider community. (For more on War Memorials in the area visit the War Memorials page)

A public meeting was held at the Town Hall on 31 October 1945, which resolved to lay-out an area of land near to the then council offices at Shanakiel on Ilkeston Road as a public park. The aim was that "all people, young and old, could enjoy the beauties of nature in lovely surroundings, near to the centre of the town." The park would, of course, include a "traditional" war memorial as a centre-piece. But the plans to include things such as tennis courts and a children’s playground, as part of a memorial to the dead, must be regarded as looking to the future. The land itself was virtually unused, described as "rough uneven ground covered with grass and weeds". Included in the site was the spring at Sukie’s Hollow.

A Committee, chaired by Councillor T. Saxton, was established, and fund-raising began. The estimated cost of the proposal was £5000, a huge amount for a small town. To fit in with the aim of handing any completed memorial over to the District Council (at that time the Heanor Urban District Council), the wish was to include the whole area, not just Heanor itself, into this project. And so, not only Heanor and Marlpool and Langley, but also the communities of Langley Mill, Aldercar, Loscoe and Codnor were involved.

Work began on the project as soon as the first £1000 had been raised, by subscription, and fund-raising events (dances at the Town Hall were always popular). The job went out to tender, and the contract was won by Barron & Sons of Borrowash. In a publicised event of January 1949, the first sod of the new park was cut by Cllr Saxton.

Of particular note were the two sets of gates acquired for the park. The main gates, opposite Mundy Street, came from the Derby Lodge entrance to Shipley Hall, and were donated by Shipley Collieries Ltd. They were renovated by Oakley and Grant of Ashbourne Road, Derby, and set on new pillars made of Stancliffe stone erected by Bullock & Son of Heanor. The secondary gates, opposite the Miners’ Welfare, came from the gardens of Shipley Hall, which was demolished shortly after the war, and the pillars were erected by Vic Hallam Ltd. The cost of renovating and erecting these gates was specifically met by the residents of Marlpool and Langley.

Heanor Memorial Park was formally opened on 28 April 1951 by the Duke of Devonshire, and a dedication service was led by the Archdeacon of Chesterfield, assisted by a cross-denomination array of local church ministers. The band of the Sherwood Foresters was responsible for the music. At the completion of the ceremonies, the Park was formally handed over by the Chairman of the Memorial Park Committee to the Chairman of the District Council, Councillor William Belfield. As stated in the souvenir programme: "Your gifts and donations have provided a Memorial that is a credit to the town, also ensuring an open space in our midst which will serve as a lung in the urban area for all time".

137 local men are named on the Memorial in the park, as having given the final sacrifice on behalf of their country. In due course, the Heanor Urban District Council passed on to Amber Valley Borough Council, who now have responsibility for the park. In the 1980s, the Second World War Memorial was supplemented by a small additional memorial plaque commemorating those who died in the Falklands Conflict of 1982. The Memorial Park, as well as the memorials themselves, is a fitting tribute to all those who died, and reflects well upon those who gave their hard-earned money in the late 1940s to provide an "open space… for all time". 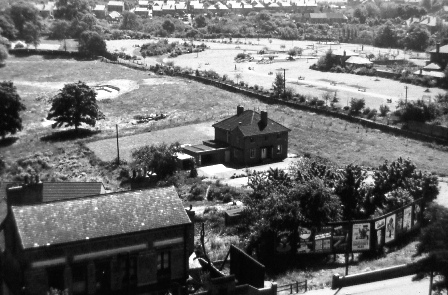 The new memorial park seen from the Church Tower, 1950s 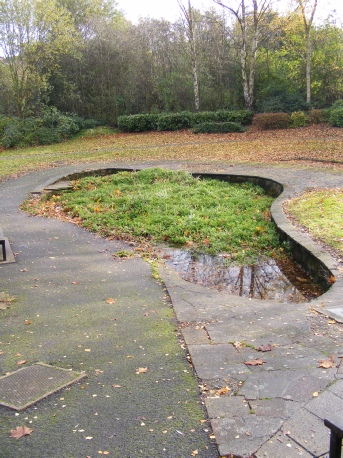 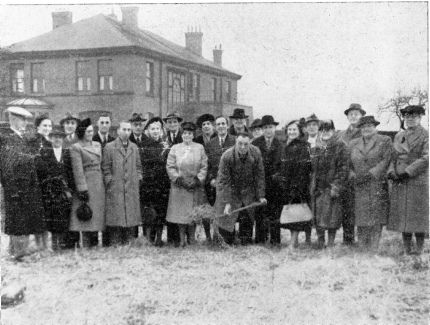 Cutting the first sod - note Shanakiel in the background.

The main gates to the Memorial Park, taken from the programme for the opening day. 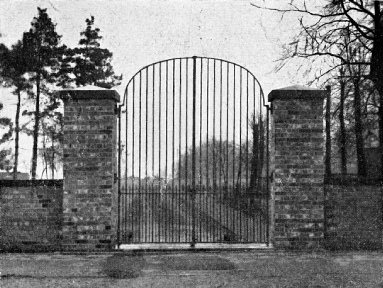 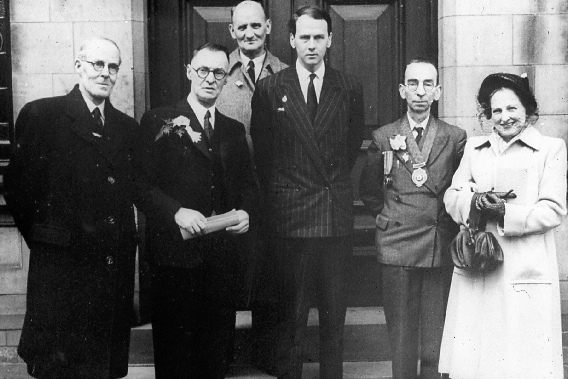 Opening day - The Duke of Devonshire, with civic dignitaries (to the right of the Duke is the Council leader, William Belfield) at the entrance to Shanakiel 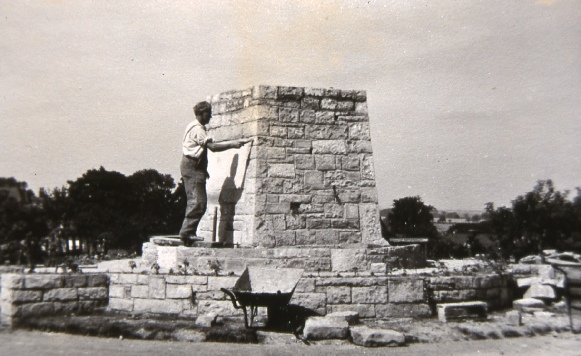 Work on completing the War Memorial.