The Jacobites in Smalley

Few people would readily associate the village of Smalley, situated about two miles west of Heanor, with Bonnie Prince Charlie and the Jacobite Rebellion of 1745 - but there is a clear link.

During the winter of 1745, Charles Edward Stuart, the "Bonnie Prince" or "The Young Pretender", marched south from Scotland. His troops reached Derby on 4 December, and looted the town, staying for two days before they commenced a fateful retreat as the Duke of Cumberland’s army approached.

While staying in Derby, or during the retreat, some of the Jacobites are said to have visited some of the nearby villages, including Smalley.

A history of the local aspects of this escapade was written in 1933 by L. Eardley-Simpson, entitled "Derby and the ‘45," from which the following is an extract: 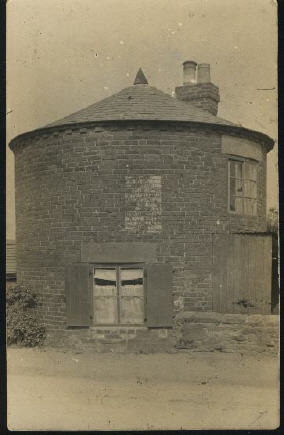 "The presence of a party at Smalley is attested by several local traditions and relics. Not long ago there were people living who remember to have seen at least a dozen old pikes in a room adjoining the stables at Smalley Hall, and these were stated to have been left by a party of Highlanders who came to exchange their ponies for horses belonging to the then owner, Mrs Richardson; in 1907, one of these pikes still remained. Another resident of Smalley had a claymore which was alleged to have been found on Drumhill, Breadsall Moor, while the writer of the History of Smalley himself (Reverend C. Kerry) had a magnificent Andrew Ferrara, with a guard of finely wrought iron, engraved with two heads in Tudor helmets, of the same style, he states, as the one left at Wingfield Manor, though why the outlying bands of Army should have gone so far afield, he omits to mention. Smalley is also mentioned in another strange story as to the origin of the family of Woolley of Collingham who attained more wealth and a better position in the world than some of their relatives. The story is to the effect that when the Scots who had visited Mrs Richardson’s stables were returning to Derby, they fell in with one Woolley of Smalley, a coal carrier, and impressed him with horse and cart for the conveyance of certain heavy baggage. On the retreat, the party with Woolley was surprised by some of the Elector’s troopers (the Royal army) who pursued the Scots, leaving Woolley to shift for himself. This he did, and, his suspicion that the baggage he was carrying was part of the Prince’s treasure turning out to be correct, he retired to Collingham, and spent the rest of his life there in the enjoyment of his luckily acquired gains. Another story of a similar sort was designed to explain the rise of the well-known Derbyshire family of Cox of Brailsford, but the dates by no means agree with the family pedigree, and in any event the suggestion - for it is little more - is entirely at variance with the views as to the rights of the Royal House of Stuart which were expressed by certain members of the Cox family who were alive not many years ago."

A letter from Charles Kerry, dated 30 July 1903, narrates another strange twist to the tale. When the Highlanders turned up in Smalley, a large crowd, mainly women, gathered. "On a command in Gaelic, the regiment stooped, and throwing their kilts over their backs revealed to the astonished ladies and all what modesty is careful to conceal. Father, who told me, said they were not any more troubled with crowds of women."

The "Round House," Smalley, demolished in 1956 - originally a toll house on the Derby to Mansfield Turnpike road

Folklore or fact? We are unlikely to know, but the Scottish artefacts in the Smalley area certainly suggest that some of the story is based on fact.

For a small village church, Smalley has a remarkably large bell-tower, which stands separate from the body of the church.

This is to store its remarkably large bells!

In 1908, the Rev Charles Kerry, a native of Smalley, left in his will a bequest for a set of five bells which are in fact the heaviest chime of five bells in the whole of England. In order to house them, a new bell tower had to be added to the existing church of St. John the Baptist. The new bells and tower were dedicated on 26 September 1912.

The original church in Smalley was demolished in 1794, and a new building erected, but this too has been subject to numerous alterations over the centuries. However, a few Anglo Saxon remains have been found on the site, and are visible today, which suggests that the original church may have preceded the Norman conquest.

Also see the separate page on Stainsby House, and the Heanor from Above page for photos of opencast mining in Smalley.