When you speak of Langley Mill Railway Station, you normally mean the existing station, near to the church. (See Railways for a chronology of rail activity in the area.) This was part of the Midland Railway network.

However, Langley Mill also had another station, on the Great Northern line. Until the boundary changes in the 1990s, this had always been in the parish of Eastwood, in Nottinghamshire, but was located near the canal basin, in what was the original Langley Bridge area, and could rightly be classed as Langley Mill. The site is now in Derbyshire. The station was known as Eastwood and Langley Mill Station, and the nearby public house was renamed the Great Northern some time after it had opened in 1875.

The station was closed to passenger traffic on 7 January 1963, but was kept open for coal traffic from Moorgreen Colliery until 1966. Demolition of the station buildings was complete by around 1970. The A610 Eastwood bypass, which opened in 1976, followed the route of much of the railway from Langley Mill to Newthorpe, Derby Road was diverted slightly towards the new roundabout, and much of the old road, including the bridge over the railway, was removed. The extension of the A610 in 1982, bypassing Langley Mill, finished the obliteration of the old railway line.

The station building from the front.

The station was built on the bridge where Derby Road passed over the railway. The bridge and the remainder of the road was demolished in February 1974, after the current A610 island had already been built, to the rear of where the photographer was standing for this shot. 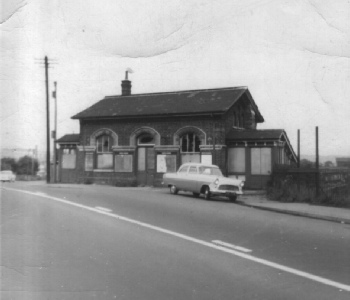 The rear of the station buildings, taken from the end of the Up-Platform in front of the North Signal box, looking towards Newthorpe.

After Newthorpe and Eastwood and Langley Mill, main line trains continued to Codnor Park and Pinxton. 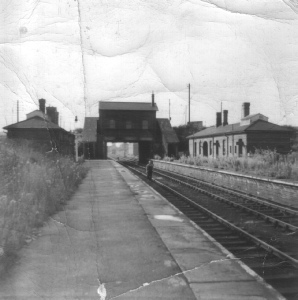 This picture was taken from the opposite side, showing the Derby Road bridge, with the Booking Office standing at road level. 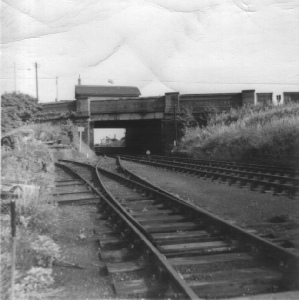 With the Booking Office being perched well above the platforms, there were separate covered staircases leading down on each side.

This is an external view of the steps leading down to the Up platform. 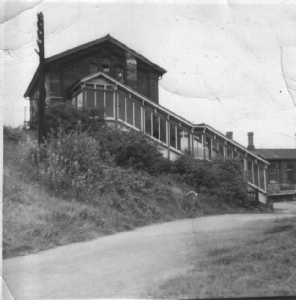 And taken from the Up platform, this shot shows the steps leading down to the opposite platform from the Booking Office. 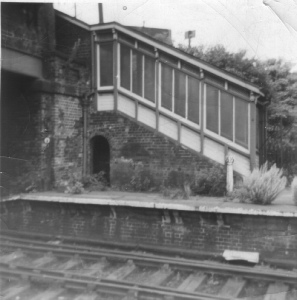 A closer view of the platform buildings on the Down-Platform. Both platforms had brick-built waiting rooms and toilets.

The station was extremely well-used between the wars for excursions to the east coast resorts of Skegness and Mablethorpe. 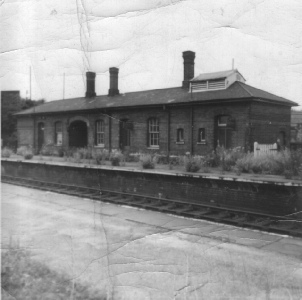 The North signal box was located at the end of the Up platform, and this controlled the workings onto and from the former Barber Walker Colliery lines, by this time under the National Coal Board. 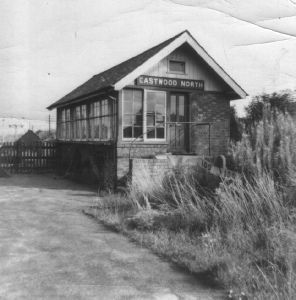 The South signal box, on the Newthorpe side of the Derby Road Bridge.

The road bridge to the right of the picture carried Bailey Grove Road down towards the Nottingham Canal at Loscoe Wharf, and the Erewash Canal. The building to the left of the picture was a railway cottage, and, out of view, behind the signal box, was the Station Master's house. 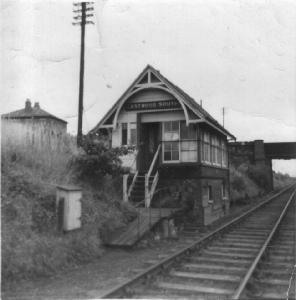 Between Derby Road and Bailey Grove Road bridges, there was a large goods yard.

This view, taken from the Derby Road bridge looking towards Newthorpe, shows the main warehouse, which stood opposite the South signal box. 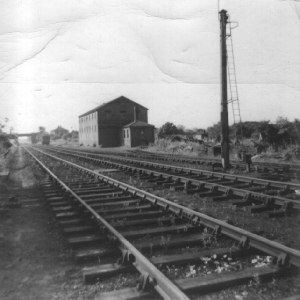 A closer view of the Warehouse, which also housed office accomodation.

The goods yard saw an additional workload each August Bank Holiday, as this was the nearest station to the annual Moorgreen Show, and much heavy livestock passed through the station on the way to the showground. 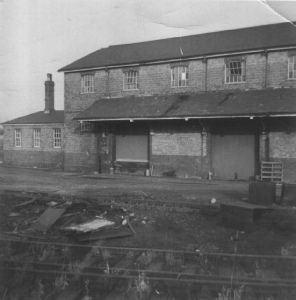 A water column was situated at the end of the Down platform, directly opposite the North signal box.

On the far side of the platform there were four sidings used for empty coal wagons - still clearly in use at the time that this photograph was taken. 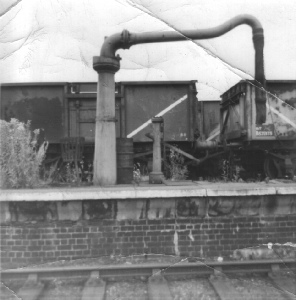 The track plan of the station and other buildings is worth comparing with the photographs below.

The following photographs were taken in 1966, three years after the closure of the station itself, but while the lines were still intact.

The station plan is taken from "The Great Northern Railway in the East Midlands: The Erewash Valley Lines" by Alfred Henshaw, published by  the Railway Correspondence and Travel Society - an excellent publication, with hundreds of photographs.

Photographs on this page were taken in the 1960's by Ken Green, of Langley Mill, who emigrated to Australia with his family in 1976. We are grateful to Ken, and his son Tony, for sending copies to the Society, and allowing their publication on this site.