The Society’s business is run by a Committee which meets every two months. The members constitute a wide cross-section of the community; they may not all have been born in Heanor, or even live here, but all would regard themselves as "local" by any definition of the word.

Thanks must be given, though, for the extensive help given to the Society by people who are not themselves part of the Committee.

Clive Booth: Clive joined the Committee in January 2008, and was elected Secretary later that year.

Clive was born in Codnor, and has spent all his life in the Heanor area, being educated at Marlpool Infants, Marlpool Boys and Aldercar Comprehensive schools. He served the Heanor community for 28 years as a police officer working from the town's police station before retiring from the force in 2007. He is interested in all aspects of local history with particular emphasis on keeping the past alive for future generations via a school-based project named 'Giving the Future a Past'.

Robert Mee: Born at Aldercar, Robert is interested in anything to do with the area - any subject, any period!

He has written articles for the Society’s newsletter, is the editor of this web-site, and gives various talks on the area's history. Robert has written a book on the history of Heanor Grammar School, published by the Society in 2008. In 2014, he qualified with an M.A. English Local History at the University of Leicester. He was treasurer of the Society from 2004 to 2012, and again from 2014. He is chairman of our Publications Group.

Peter Wright: Peter was born on Mundy Street, Heanor, and has lived all his life in the same house in Langley, a village of which he has an exceptional knowledge.

Peter was in the farming industry for many years, working for the Langley Mill and Aldercar Co-op, which bought Laceyfields Farm, where he worked, from the Shipley Estate in the 1920s.

As well as his general interest in local history, Peter is also a member of St. John's Ambulance.

The committee is involved in all aspects of planning in relation to the Society, from choosing what speakers to have in the forthcoming programmers, to preparing future publications, and running the various projects we are involved in.

If you would like to know any more about the Committee’s work, please ask any of the members directly, or use the Contact Us page - if your message is for a specific Committee Member, it will reach them. 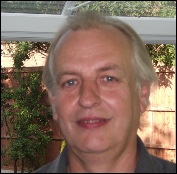 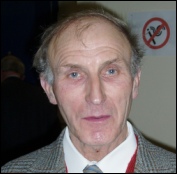 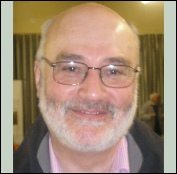 David Cox: David spent 32 years as a baker in the Heanor area.

He has been a member of the Society for over 20 years, and started serving on the Committee in the 1990s. He has a particular interest in "curiosities" and Derbyshire "street furniture."

As well as local history, he is keen on rambling (a member of two local rambling groups) and photography, giving occasional slide-presentations. He and his wife are members of the Heanor Methodist Church.

Stuart Eyre: Although born in Hucknall, Stuart's family is from Langley Mill, a village to which he returned when he was 16.

Starting work at Kimberley Brewery, he spent much of his working life at Hanson's Engineering at Heanor Gate.

As well as an interest in local history, he is keen on environmental issues, and is a member of the RSPB and the Derbyshire Wildlife Trust. Stuart is the Minutes Secretary of the Society. 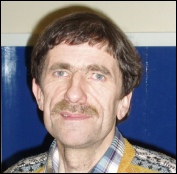 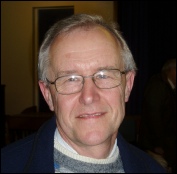