News (for general introduction, see below)

With the ongoing pandemic, we have taken the decision that the rest of the season’s planned events will now be cancelled. Watch out soon for the publication of our 2021/2 Programme of meetings.

HOWEVER, we are going ahead with a meeting in March - a virtual meeting by Zoom. This will be Robert Mee giving a talk entitled “A Potted History of Heanor”, and it will take place on Tuesday 9th March at 7.30pm. If you would like to attend, then please email the Society (mail@heanorhistory.org.uk), and we will send you a link to join the online event a few days before it takes place.

If you’ve never been to a Zoom event before, don’t worry - it’s relatively easy, and we will help all we can.

Although we have not been publishing monthly newsletters, there have been a few editions since lockdown began (in May, September, December and March). Where possible, these have been sent by email. The May 2020 edition, commemorating the 75th anniversary of V.E Day, can be downloaded by following this link.

The Britain from Above website contains a huge number of aerial photographs from the 1920s and 30s - this is just one taken in the Heanor area.

Using photos from that website, we have now created a Heanor from Above page. 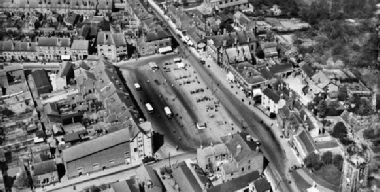 Heanor is no longer the shopping hub that it once was, and side street shops are almost all now gone.

But the shops of our past continue to hold a fascination for all, and we are always keen to receive copies of photographs taken of them.

Here is a shot of Perrin’s Bakery, at the top of Market Street, taken in 1928. 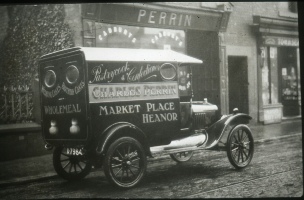 A coal wharf on the Cromford Canal at Langley Mill, dealing with coal brought down for transportation from Eastwood and Brinsley. Beggarlee was in operation until after the end of the Second World War.

Coal and transport are two vital themes to the history of the area - it would be a very different place if there had been no coal here! 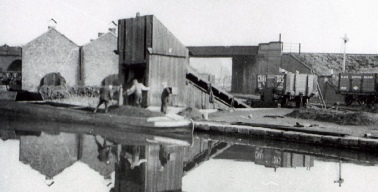 Finding old photographs (and by “old” we mean anything before 2000!) taken on side streets is never easy - most streets never featured on film, or if they did the photos have been lost. If you can help, please get in touch with the Society.

This photo, taken in the early 20th century, shows Jessop Street at Codnor, along with the Jessop Arms public house. 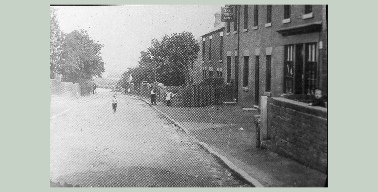 Lying at the extreme edge of the History Society’s area, between Codnor Castle and Ironville, the pond in Foxholes Plantation has a rather eerie feel about it, even in the best of weather. A good walk in the summer though.

The History Society covers all the area around Heanor, including Smalley, Shipley, Langley Mill, Loscoe and Codnor. 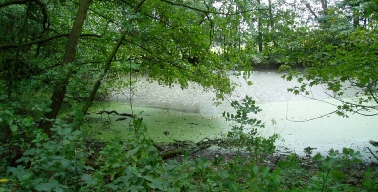 A theme park at Shipley, built on the site of the former Woodside Colliery, ran from 1987 to 2007.

Even really recent history plays a part in the activities of the Society - the American Adventure theme park is now gone, with few signs that it was ever there. 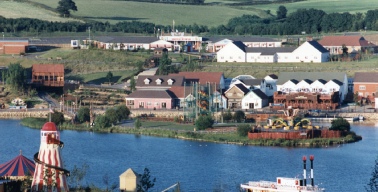 Did you know that the town’s fire station has been in four different locations over the years?

We are particularly keen to hear from anyone who has a photo of the fire station when it was at what is now the Wilmot Street Community Centre.

Here is a crew lined up for inspection on the Town Ground (date not known). 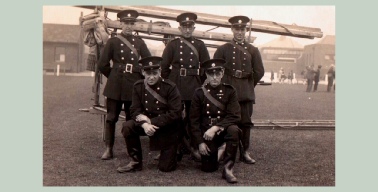 Vic Hallams was a timber construction company, founded at Marlpool at the end of the First World War, before moving to Langley Mill after the Second World War.

In an area such as ours, much of the emphasis is on the now lost industrial history of the 19th and 20th centuries. 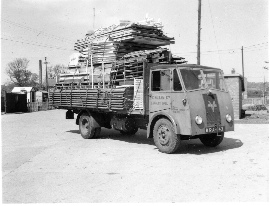 One of the biggest employers in Heanor, Morley’s was originally established in Sneinton, Nottingham around 1797 - the firm opened premises in Heanor in the 1860s. This aerial photo shows the north factory.

We would like to hear from anyone who can tell us of their time working at Morley’s. 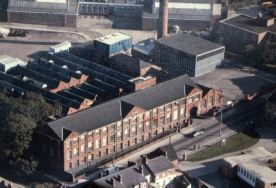 Heanor (in case you are just browsing and don't actually know) is a market town in Derbyshire, England, very close to the border with Nottinghamshire.  Not a major tourist area, but we are here to celebrate our history and heritage, which is as strong as anyone's!

In September 2006, research was published into the "most English" places in the country, based primarily on the analysis of names in the most recent census, which split the country's population into 200 ethnic groups. Heanor was declared the second-most English town in the country, after nearby Ripley, with almost 90% of the population being English in origin. Third came Sutton-in-Ashfield, Nottinghamshire, and Boston in Lincolnshire came fourth. Whatever your views on what this means, at least it got the town's name mentioned!

We hope you will find our site both interesting and informative. We aim for the site to undergo regular changes - most pages stay the same, but new additions come along (we hope) quite often, and eventually some items will also disappear. So please keep coming back to see what changes we have made. If you've not visited for a while, have a look at the What's New page, where we keep a running log of changes made to the site.

The Society's interests extend well beyond this immediate area, and covers all the old Heanor Urban District Council area (including Langley Mill, Loscoe and Codnor), along with Shipley and Smalley.

© Except where otherwise stated, the contents of this website are copyright of the Heanor and District Local History Society. If you want to use anything you find here, please ask - the chances are we won't mind.

Where items have not been prepared by the Society itself, we would like to thank the owners of copyright of the images and items used on this site for granting us the necessary permissions for their use. In some cases, despite our best efforts we have not always been able to locate the copyright holders. If you believe that any rights that are yours have inadvertently been infringed, we would ask you to contact us and to accept our apologies.

The Society is a registered charity. We are non-profit making, and all money we receive is ploughed back into preserving and promoting the past of the Heanor area -  this website, our Heritage Centre, our publications, talks and displays, are all examples of our work. If you would like to assist us, please leave us a donation, large or small, by clicking on the button above - all transactions are administered safely and securely by PayPal.

Staying with newsletters, you can also see how  they have changed over the years. On a new page, Newsletters 50th, we have added downloadable copies of our first newsletter, in January 1970, and our 410th newsletter, from January 2020. Have a look at see what you think.

Email newsletters: If you enjoy these digital newsletters, why not subscribe to future editions? The cost is only £5.00 a year, which (pandemics allowing) means that you get nine editions, monthly from September to May. Please don’t pay for next season until we know what is happening, but if you would like to read back over the last year, just go to the Membership page to join for 2019-20 and we will send you the last year’s. (You can, in fact, buy all 50 years’ worth of newsletters, but these will have to be sent on a CD - details on the Newsletters 50th  page).

Just a reminder - when meetings do commence again, then everyone really is welcome, and entrance is free, though we will, of course, try to persuade to to become a member, or to buy a raffle ticket. But there is no commitment - watch this space and come along when we start up again.

More and more we are using Facebook to promote the work of the Society, which means we’ve been a bit lax at adding new  items to the main website - we hope to get back to it in due course. If you’re not a Facebook user, you can still see the latest comments above.

Please let us know of any subjects you would like to see us cover - better still, send us an article, or just a few brief notes, and we will see whether we can turn this into an item for the website.

We still have a few 2021 calendars left. You can now only get them direct from us, so click on the calendar for details about ordering (postage and packing is extra).